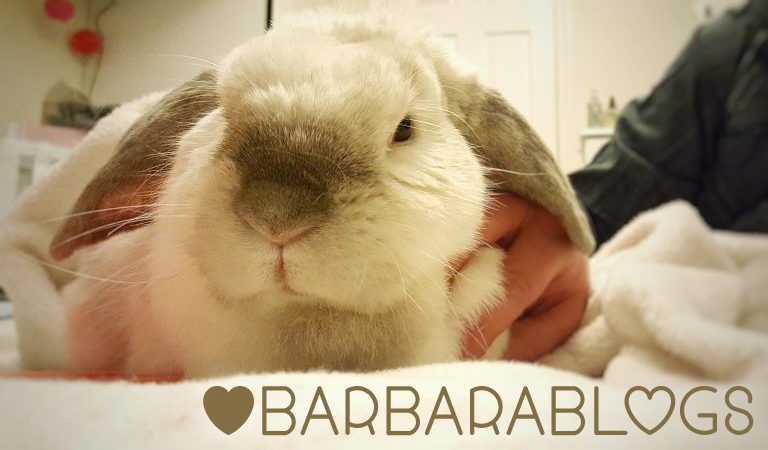 Hello, I’m Barbara the rabbit. I’m taking over this blog today, with some words of advice for my fellow rabbits. I want to talk about how to make sure your human is taking proper care of you. 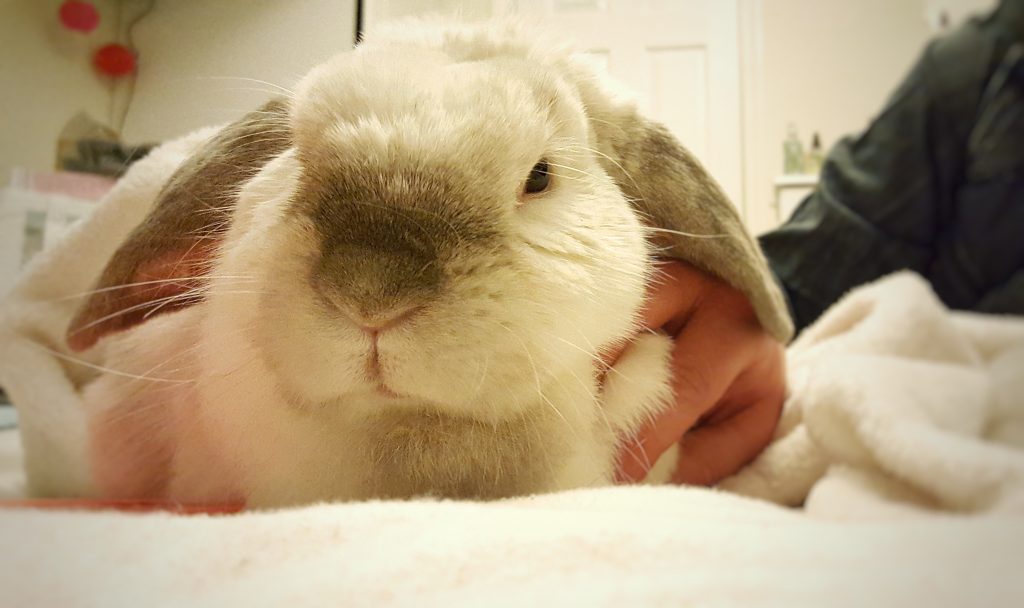 Let’s start at the beginning, shall we?

How to get adopted properly as a rabbit

I have two humans, and I came to live with them in December. I worked hard on making this happen – I’d been living at my adoption centre for nine months, but hadn’t found anyone to take me home.

Firstly, I wanted to meet them before I made my decision. It’s a big commitment, taking on new humans and new brothers, and I wanted to be sure it was the right thing to do. Take your time in deciding!

My new mum came to visit me two or three times, firstly. I mostly ignored her. Test them! Make sure they’re really interested in you. She passed the test and I got interested too.

Next, they brought my new brothers in to visit and bond. This is always a bit daunting – I’d been living on my own for a while and I wasn’t sure about meeting new bunnies. Particularly young ones – I’m a more mature lady, myself, and these were young lads of not even two years old! I decided that the smaller one would be the most helpful, as he was less likely to attack. The moment they put him in with me, I snuggled up to him. He was a bit alarmed, but all of the humans were very impressed. Get a small, non-threatening ally who can help your cause. Ned is literally half my size, so I felt very safe in using him here.

One more test before I committed to this adoption: test their knowledge of health problems! I decided to have an upset stomach the day before moving in. It meant that my homecoming was delayed by two days, but it also ensured I got a vet visit immediately upon getting home. I wanted to check out my new vet for myself – and I was quite pleased.

How to set up your room, rabbit-style

Now, I know somebunnies are very happy living outside, but I’m an indoor kind of girl, myself. In my first home, I lived outside, and that just wasn’t for me. I explained this very clearly to the people at the adoption centre, so my new parents knew that I was going to be a house rabbit right from the start. This wasn’t a problem for them as my two brothers had been living inside already.

Make it very clear you don’t want to be outside. The moment we left the adoption centre and I knew we were outside, I started thumping and didn’t stop until we’d got into the car. When we got home, the window was open. I thumped my disapproval of the birds outside until the window was shut. Result!

Humans will have an idea of how the room will look. Their design skills aren’t very good. I prefer to think of them as a guideline – take your room as a blank canvas! I think my carpet looks much better with hay on it (easy snack!), and the occasional pee stain adds character. Feel free to make changes to the carpet as necessary. After all, you’re the one who’s closer to it!

Move your furniture around as much as you like. Particularly at night. Humans like hearing noise in the night and may even come to play with you! But, seriously, if they’d put the litter box in the left corner of my room rather than the right to begin with, I’d not have needed to do it!

How to bond with rabbit siblings

I hadn’t had too much experience with other rabbits before meeting my brothers, so I was a bit nervous. The adoption centre had tried to bond me with some other boys, but it hadn’t gone well. But I’m here to tell you that it can work out!

I’m lucky because my two new brothers are both smaller than I am. This means that I have an advantage – so, if possible, select very little siblings. You can overpower them more easily.

Don’t let them get complacent. When Ned and I still lived in separate rooms, I learnt how to open his door. He’d come running out, expecting human fuss, and I could ambush him. I never hurt him, but he learnt very quickly that I wasn’t someone to be trifled with! Even months later when we were getting on much better, I’d still occasionally nip his tail to make him drop whatever food he was holding and then eat it myself. Needs must, you know!

However, that doesn’t mean you always have to be cruel. With Gingee, I took a different tactic. Learn their psychology. Gingee wanted to protect me, so I’d sit unmoving on the floor during our bonding sessions. He loved this and really thought he was in charge!

Now we all live in the same room and I have them well trained. Ned knows that he needs to guard me as I sleep, and Gingee knows that he’s in charge of investigating anything that happens on those scary stairs. They both know that the largest share of the apple is always mine. They’re pretty good boys, all in all.

How to get the humans to bend to your will

So here’s the hardest bit. Humans are big. They can pick you up. They can take you the vet. Sometimes they might not give you as many treats as you’d like. It’s hard to train them but it’s so worthwhile. Yes, it can be tricky – no one likes seeing their human upset or frustrated, but you mustn’t back down.

Here are my top five tips:

I hope this has helped, and that you can use this advice to create a happy rabbit-human bond in your home. Remember, you’re in charge!

14 thoughts on “The rabbit guide to training your human #barbarablogs”