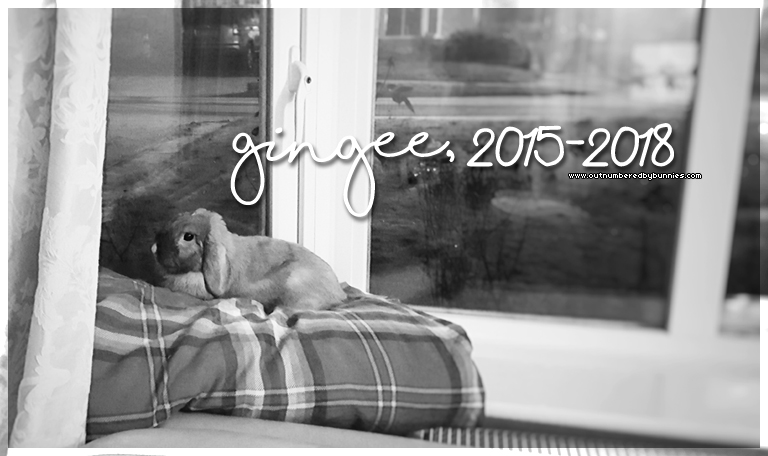 I never thought I’d have to say this. We lost our beautiful Gingee Bunny yesterday.

He battled stasis a couple of weeks ago after choking on some food, but had been doing so well. He was fine and ate during the morning but passed away peacefully during the day.

He was the most beautiful, gentle, curious and clever bunny I’ve ever had the privilege of knowing. In the two and a half years we knew him, he changed our lives indescribably.

He loved my husband with all his heart, but there was space for me, the baby and Ned and Barbara as well.

That he’s not going to be here any more doesn’t feel real, but we feel at peace. He lived a life full of love. 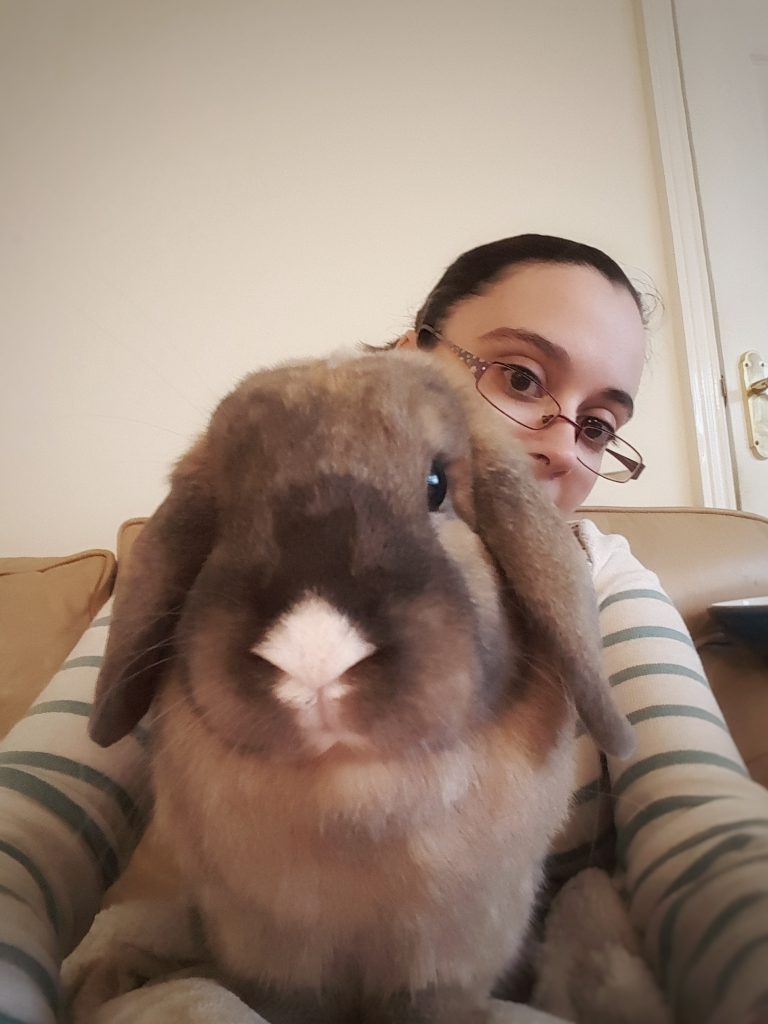 If he had to go, at least he was warm and comfortable and surrounded by family. And in these last weeks, since he was ill, we’ve told him so much that we love him! He and my husband have been able to have some lovely cuddles, and as goodbyes go, we had a lovely one that lasted several weeks.

We know that our bunnies from when we were younger are probably interrogating him now about what life is like, and he’s probably got some wings to help him binky even higher than he could down here.

Last night, Barbara didn’t really want to be around him. Ned groomed him one last time, and we all said goodbye, then my husband buried him in one of his old shirts, underneath a baby tree that we planted a couple of years ago when Ned was sick.

This morning, Ned was sad and wanted to sniff all of Gingee’s old things – his brush, the spot on the stairs where he used to sit, his little doll. Barbara finally accepted it this morning. She was in Gingee’s favourite cardboard box when I went to give them their breakfast, and when I got her out, she looked frantically for him, before flicking her feet at me. She ate her breakfast, then went back into his box and made a low keening sound. Ned wanted to look in lots of rooms in the house to check he wasn’t there. They were littermates. 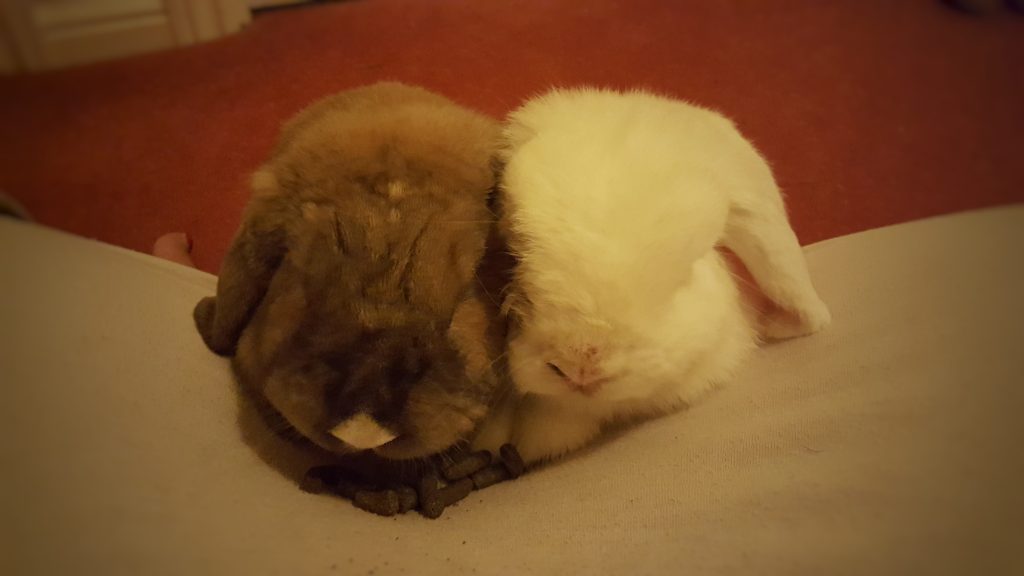 Gingee was always the healthy one. We never thought he would go first.

He was the best bunny (well, one of three) and I will miss him forever.

Goodbye, my Gingee. Thank you for being you.