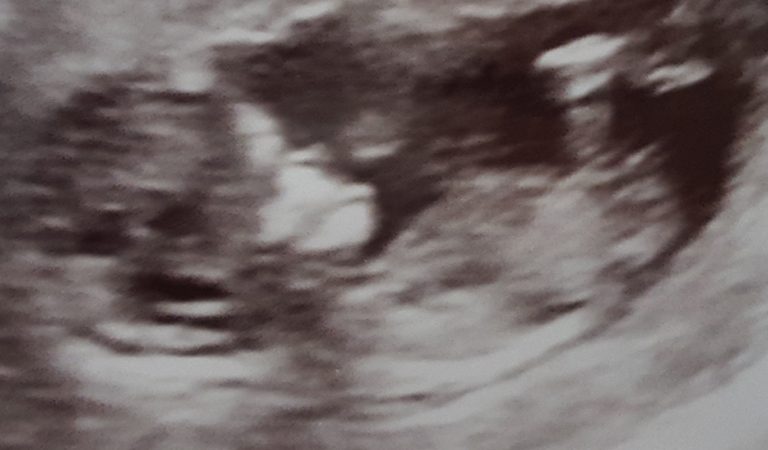 I had all these ideas about how being pregnant would be. I think everyone does. 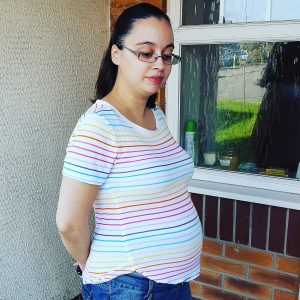 How I was going to be as a pregnant lady

How I actually am as a pregnant lady

I mean, some of it has worked out. We’ve remembered to take bump photo most weeks from week 19 onwards – I think we missed 24 and 28, but we did week 29’s today, in fact. See above!

But, on the other hand, most of these haven’t happened.

I took a pregnancy test in the half-light at 6am on a Thursday morning and saw the faintest of faint second lines. I woke my husband up by thrusting the stick in his face and demanding to know if he could see a line as well. We shone a torch on the test for a few minutes before deciding, yes, probably. I took a second test to back it up that afternoon, in a Holiday Inn 200 miles from home because I was working away that night. Romantic, huh?

I’m probably as far away from Earth Mother as we can get right now. For about 16 weeks, all I could eat was cheese sandwiches and Fab ice lollies. Hardly optimal nutrition! I forget to take my pregnancy vitamin quite often.

It’s weird to feel so out of control in your own body. I’m used to being really supple and energetic – I used to take two or three ballet classes a week, for heaven’s sake. Now I can’t pick up a piece of paper that I’ve dropped on the floor, and cleaning the bathroom means I need to lie down for the afternoon. I feel a bit disabled by the stuff that I can’t do. I used to drive hundreds of miles regularly, but a trip to see some friends last weekend had me exhausted until Wednesday.

30 weeks pregnant tomorrow and we still call baby Shroody. It comes from Schrodinger, because before we’d taken the test, it was Schrodinger’s Baby. Then it stuck. It feels like we’re further away from having a name now than we were ten weeks ago! It’s oddly upsetting to me at times. I just want to know who baby is, and I feel like knowing the name would help.

The house is a mess. It turns out that being debilitatingly nauseous for four months means that cleaning is just a pipe dream, and even though I’m much better now, we’re still playing catch up. No, the baby’s room is not ready. Not even close! We are getting a new dishwasher on Thursday though, so that’s exciting.

We do talk to baby and we do take photos sometimes, but we’ve not really done the whole pregnancy journal thing. I’ve started a new bullet journal just for baby stuff in the hope that I can get something together, because my parents kept a lot of pregnancy information from when they were having me and it’s been pretty awesome to read through. Not journals or anything, but medical notes, adverts, that sort of thing – it’s kind of cool to see how things have changed!

There’s still a lot I want to experience during pregnancy – it’s going too fast now! I can’t believe there’s only 10 weeks or so to go. How do I slow time down a bit?!

I can’t be alone in feeling completely different during pregnancy than planned, right? What’s it like for you?

11 thoughts on “What I didn’t expect about being pregnant”