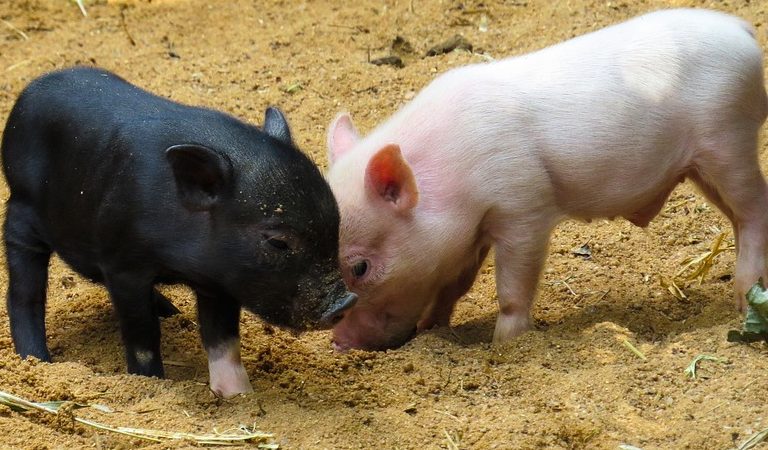 Full disclosure: I am a pregnant vegetarian. I’ve been emotional about this all day. If you fall into either of those categories, maybe skip this.

Maybe you heard this story today. If you don’t want the full details, it’s about some piglets who were saved from a fire, and later served to their firefighters as sausages.

I read the story on the BBC site earlier while looking for something else. I saw the headline and thought, no, that must be wrong. It’s too cruel. I shouldn’t have clicked the link, but I did. And I read it and I had to go to the loos at work and cry.

I became a vegetarian for two reasons. Here they are: 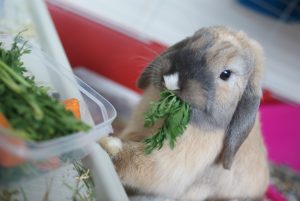 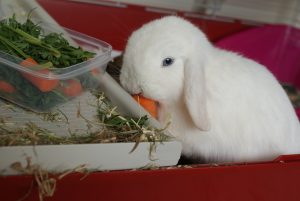 The brown one is Gingee and the white one is Ned. Gingee is bossy and clever and thinks he’s in charge of everything. Ned is tiny and affectionate and can run faster than the speed of light. And it’s a pure accident of birth that they ended up being born as rabbits who became pets rather than meat rabbits.

When we first got them, people (friends, colleagues, people who thought they were being funny) used to ask me whether I’d ever eat rabbit. What I’d do if rabbit were served to me. What if it were these rabbits? And, at the time, I did eat meat.

I heard that question one too many times. My husband made me a bacon sandwich one day and it hit me what it was. I sobbed for about an hour. “I think you need to go vegetarian,” my husband prompted me. “You really don’t seem comfortable with meat any more.”

He had a point. I still eat fish sometimes (mostly due to research suggesting it’s beneficial during pregnancy), but am generally a very happy veggie now – and, I’m proud to say, so is my husband. He doesn’t eat fish, but he never did. He started by cutting out chicken, and finally cut out all meat in about February this year.

So we’re happy and at peace with our consciences. It doesn’t stop me feeling upset about stories like this, though.

Those poor piglets. They must have feared for their life – twice. How is it humane to save their lives just to kill them later on?

Pigs feel pain. Pigs feel fear. They see their peers being slaughtered first and they are clever. They know what’s going to happen.

Yes, if it weren’t for the demand for bacon/sausages/pork, maybe those pigs wouldn’t even have been born. But, I guess my question is, would I – would you – rather go through a life of fear and pain before dying young and afraid, or just never have to feel anything at all? Because I think I’d rather the latter.

I know I can’t stop pig farming, or sheep farming, or close down abattoirs. I can’t convince everyone to go vegetarian. But I can be a small part of lessening the demand. I can choose to buy Quorn products when I have a craving for meat. I can choose to put my money towards meat free meal options, so I’m not paying towards the slaughter of these animals. When I serve food to friends or family, I can choose to give them delicious vegetarian meals.

It’s not enough. But if enough of us do it, it might be one day.

10 thoughts on “A vegetarian view on those poor piglets”