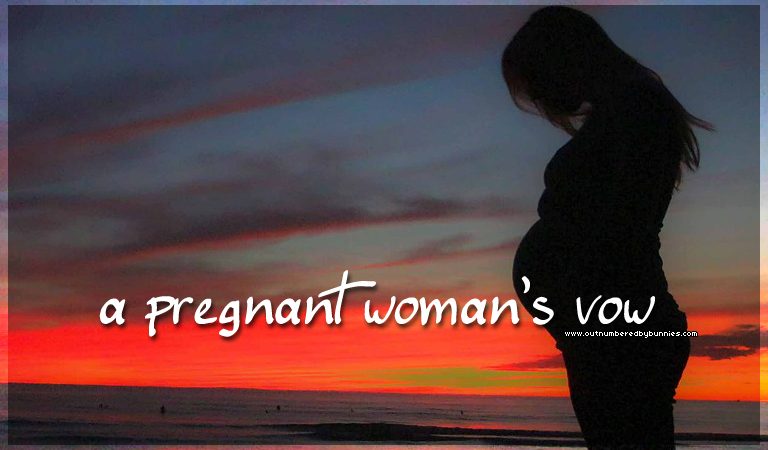 As you may have heard, I am currently a very pregnant woman. Do I go on about it too much? 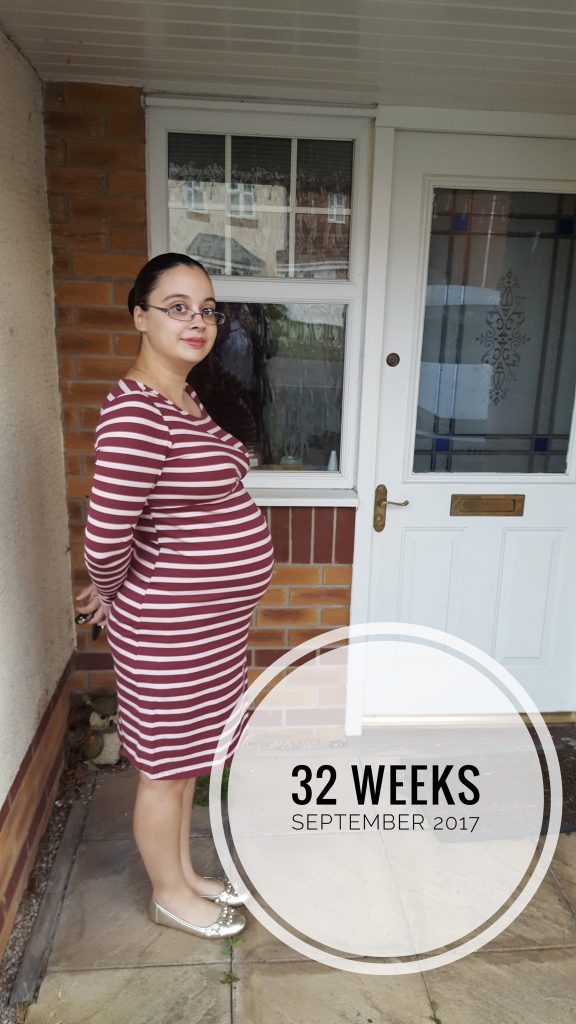 Baby is due in November, which means I’m eight months pregnant right now. That means it’s fairly obvious and I really can’t hide it any more!

And apparently that means that everyone who so much as catches a glimpse of me gets to have an opinion about my life.

From talking to pregnant and previously pregnant friends, it seems like this happens to everyone. But why? It makes no sense!

So, I hereby vow the following.

My vows to all future pregnant women

I will not comment on a pregnant woman’s size.

Yes, I know I’m measuring a bit small. My husband is short and I am too – did you think we were going to create a giant Amazon baby? It doesn’t mean that I have my dates wrong, or that there’s anything wrong with my baby. If there were, the person to tell me would be my midwife, doctor or the scan technician. Not Jane in HR.

But pregnant women are often big balls of worry to start off with, so when you put the idea in my head that there might be something wrong with my baby, I will worry until my next midwife appointment. Which could be three weeks away. Thanks.

Also, I’ve lost weight because I was pretty sick at the start of pregnancy. That’s not too pleasant of a memory, and no one wants to hear about it. But if you keep on asking, I’ll tell you all the details. (When I had a UTI and discovered I couldn’t swallow my amoxicillin pills, that was fun!)

Alternatively, I hear other women also hate the comments about “You must be ready to pop! Are you sure it’s not twins?”

And I absolutely hate the comments that compare me to other pregnant women. “You’re so tiny – it looks great. Not at all like Mary, she’s huge! Have you seen her?” What exactly am I meant to say to that? “Oh, sucks to be Mary”? Also, she’s not huge. She’s pregnant and looks amazing.

How about we just don’t comment on people’s weight, okay? That’s a good rule for most of the time, to be honest.

I will not criticise what a pregnant woman is eating or drinking.

You want to go to McDonald’s? Go for it. Coffee? Sometimes you need some caffeine to get you through the day.

This baby allowed me one meal a day for the first three months. It was either a cheese sandwich or a crisp sandwich. On white bread. Sometimes I had an ice lolly afterwards. I lost a lot of weight.

You know what? My midwife didn’t worry! She said as long as I was keeping water or juice down and was eating something, just to have what I fancied. Take pregnancy vitamins, she added, and baby is a very efficient little parasite. It’ll get what it needs.

Well, it must have done, because I’m currently sitting here at eight months pregnant with a little dance party going on in my belly. I’ve eaten pizza, gone to McDonald’s, had caffeine, and it doesn’t seem to have affected my efficient little parasite!

Also, you really don’t always know the full story. Did you hear about the pregnancy judgement I got recently?

I will not tell a pregnant woman that her perfectly usual symptoms are odd or that there must be something wrong with her.

It’s perfectly normal to be tired a lot. Morning sickness does not have to occur in the morning. Yes, you probably will have a stiff back towards the end. A bit of cramping in the first trimester is often normal (and when they say “a bit”, that can mean “seriously, it feels like my period is about to start any second now”).

Unless someone has specifically come to you to ask if something sounds normal, trust that they know their own body. They’ve probably spoken to their midwife or doctor.

Being told that I shouldn’t feel so awful when I felt like death warmed up in those first 15 weeks or so only made me feel worse. Offer sympathy, not judgement.

On the other hand, also try not to say that you don’t think they have enough symptoms! I might not be vomiting every day for nine months like you did, but I’m still very pregnant. Baby is still growing fine, thanks.

I will not ask “was it planned?”

Do you want to see my temperature charts? Do ya? I have them. They’re on my phone. I can show them to you! 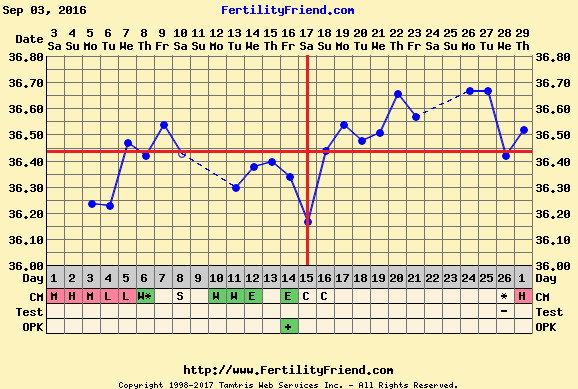 No? Then why ask? You do realise you are literally asking about my sex life? How’s yours going?

I don’t need to hear that your labour lasted 72 gazillion hours and you still had to have a Caesarean and you hated every second of it and think that I’m mad. It’s even weirder when you know that it was her first child of two, three, four, etc. so clearly she managed it a few more times!

I want to be surrounded by positivity in the run up to my baby’s birth. Yes, there are no guarantees of how well our birth will go, but surely if I’m terrified of the whole process, life is just going to be harder for me. I’m not comfortable with the idea of giving birth (there’s still eight weeks for them to figure out a method to teleport baby out!) but now that baby is in there, baby has to come out somehow. It’s not like I can hear your birth story and decide, well, actually, that sounds pretty horrible and I’ve changed my mind. Let’s just keep baby in forever.

Also, “Just ask for a Caesarean ahead of time! It’s much easier!” No thanks. If I need one then I need one, but I’m not in the habit of requesting major abdominal surgery just for kicks.

I will not tell a pregnant woman that she’ll never sleep again.

You know you die if you just stop sleeping, right? And most people who have children are still alive. So clearly, this is blatantly false.

What you mean is that I’ll have interrupted sleep for a while. Is there any woman on the planet who is old enough to be pregnant who doesn’t know this?

Surely telling women all the bad stuff once they are already pregnant is a bit like cornering a bride at her wedding and telling her, “Well, you know he’ll probably start snoring and leaving his dirty pants on the floor, right?” The decision has been made, baby is on the way, are you trying to get this poor pregnant woman to regret it or feel bad?

I will not judge a pregnant woman’s plans for maternity/parental leave or working after the baby is born.

“I hope you’re taking a whole year off. You know you’re not going to want to come back to work, right?”

Maybe I’ll find it hard, but you know I like paying my mortgage, right?

I am taking a year off, as it happens. Financially it will be tight but we should be okay. But if my husband and I had looked at our finances and made the decision together that we couldn’t swing a year, then that’s some awfully personal information to share with you, random lady from Finance who feels the need to ask me this in the toilets.

In addition, more and more families are now taking Shared Parental Leave. Would you really judge me and my husband if we’d decided to split the leave between us? (We’re not doing that. Firstly, he’s not been at his current job for long enough to qualify, and secondly, I’m only doing this pregnancy thing for the year off!)

Even without having a mental health diagnosis, pregnancy is a scary time of change. It also lasts for a really long time. Over the course of nearly a year, you’re bound to have a lot of mood fluctuations and no, you may not feel happy and excited every single second. That isn’t a crime.

I will not touch any bumps without asking first.

Whyyyy? Why would you do this? “Oh, I just love pregnant bellies.” Well, I quite like a lot of men’s bottoms, but I don’t go around just touching them, do I? Because that would be weird and inappropriate!

If I know you and we’re close then sure, ask and chances are I’ll be more than happy to point out, “Yes, baby’s feet are here and I’m getting some kicks here, have a feel!” But if I’m all sore and achy (because I’m getting a bit of a battering from the inside out!), please don’t be offended if I say no.

And if you’re a stranger? Just get your hands away from my body!

Just to prove I’m not a grumpy pregnant woman…

There are lots of comments I don’t mind hearing!

“It really isn’t as bad as they say it is. Don’t listen to the negative comments.”

“Having children was the best thing we ever did. You’re going to have a great time.”

“It might be tough at times but you are tougher. You’re going to be a good mum.”

Who’s with me? Let’s vow to make things easier for the next wave of pregnant women!

21 thoughts on “A pregnant woman’s vow”